BETTY BOOP – Origin. Ms. ESTHER JONES known by her stage name, “Baby Esther,” was an ” African-American singer and entertainer of the late 1920s. She performed regularly at the (The Cotton Club) in Harlem New York city.

A White Singer Helen Kane saw her act in 1928 and (COPIED or stole). Ms Jones’ ‘baby’ Singing Style! > for a recording of “I Wanna Be Loved By You.”

Her singing trademark Was “boop oop a doop ” In a baby voice at the cotton club in Harlem Nyc.
Esther Jones who’s stage name was “Baby Esther” was a popular entertainer at Harlem’s Cotton Club in the late 1920s. Baby Esther interpolated words such as ‘Boo-Boo-Boo’ & ‘Doo-Doo-Doo’ in songs at a cabaret.
Helen Kane Saw Baby’s act in 1928 and (stole)-Used it in her hit song..” I Wanna Be Loved By You.

Supreme Court Judge Edward J. McGoldrick ruled: “The plaintiff has failed to sustain either cause of action by proof of sufficient probative force”. In his opinion, the “Baby” technique of singing did NOT originate with Kane.

Esther’s manager also testified that, Helen Kane & her manager, saw Baby’s act somewhere between 1928-1929.
Scholar Robert G.O’ Meally said, Betty Boop The WHITE Cartoon herself had, as it were, a BLACK grandmother in her Background.

Baby Esther was presumed dead by 1934, just when the lawsuit had ended.

@Learn your History or they will Hide it from you.
@BLACK-American MUSIC and DANCE Styles. – Influential WorldWide ” 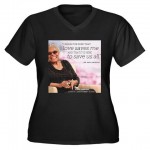 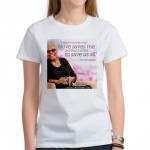